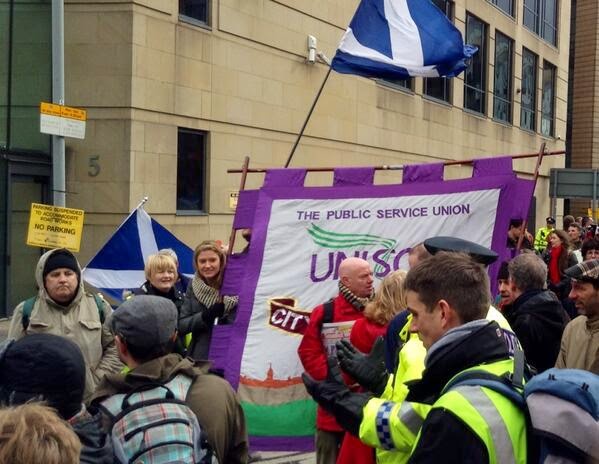 UNISON joined hundreds of marchers in Edinburgh on Saturday to demand an end to austerity. The rally was planned to give the message loud and clear to the Tory Party conference being held in the city but marchers were angered when the march was diverted away from the planned route past Conference centre. 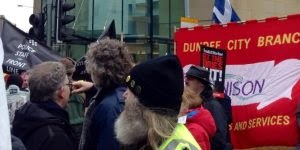 The march was backed by the Scottish Trades Union Congress, Edinburgh Anti-Cuts Alliance, anti-bedroom tax groups, disability campaigners and many more. A minute’s silence was held at the Festival Square rally in memory of Bob Crow and Tony Benn.

UNISON Banners and contingents from Edinburgh City, Police Staff Scotland and Dundee City joined that March from the Mound to Festival Square passing within shouting distance to the Tory Conference but diverted from the original planned route. 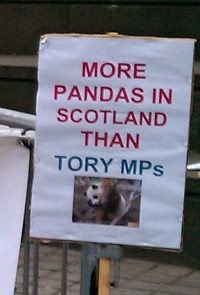 Earlier in the week, demonstrators dressed in panda outfits reminded the Prime Minister that there were more pandas in Scotland than Tory MPs. Edinburgh Zoo’s Tian Tian and Yang Guang outnumber Tory MP David Mundell by two to one.