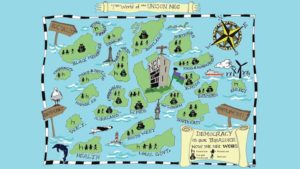 It is time to choose who speaks for you. UNISON is a democratic organisation. That means that you elect people to speak up on your behalf at every level of the union. And the highest body in the union is the national executive council (NEC).

The City of Edinburgh Branch nominated the following candidates

Scotland Female Seat
Kate Ramden (Aberdeenshire)
Kate Ramsden is a well known activist in her branch and in UNISON Scotland. She is a children’s rights officer. As Branch chair she is involved in representation and negotiation, giving her direct experience of the issues affecting members. Kate believes in a strong voice for members. She is an elected member of Scottish Committee and Scottish Council so has been active in shaping Scottish UNISON policy and putting it into practice. She is passionate about social justice and equality and believes that unions have a central role to play in creating a fairer and more equal society for all

Scotland Region Male Seat
Tam Waterson (Lothian Health Branch)
Tam is from our sister NHS branch and is standing on a very clear platform of defending and building public services. He will oppose cuts in funding and cuts in service delivery whether in the NHS, local authority services, the police, the utilities or other public services. Public service workers did not cause the economic crisis and they should not be paying for it. Job cuts, pay freezes, attacks on our pensions are not acceptable and must be opposed. As a trade union he believes we must also work closely with community groups as we defend our services.

Scotland General Seat
Duncan Smith (City of Edinburgh Branch)
Duncan is our own Branch Chair and has been active in the branch for many years. He is standing on a platform of
• A UK co-ordinated response using the full force of UNISON against cuts, privatisation, pay freeze and attacks on our terms and conditions
• No more leaving branches to fight austerity attacks alone
• Break the 1% public sector pay cap
• An accountable UK leadership that puts members first
• UNISON to punch its weight. Fight austerity with action not just words

Community General Seat
John Gray (Housing Association Branch)
John is currently the Community NEC General seat representative and has been an activist in UNISON for many years and held a number of branch and regional positions including Treasurer, Health & Safety, Welfare, Labour Link, International officer and Assistant Secretary.  He works as a Housing officer and is the Branch Secretary of the Greater London Housing Associations Branch which has over 3000 Community members.

Community Female Seat
Denise Charles (Ymlaen/Forward Branch)
Denise has a background as a support worker for women fleeing domestic abuse. As a Branch Secretary she set up a steward’s network to mentor workplace activists and representatives. On the SGE she has championed equalities and tackling low pay in the sector.

The NEC member’s role is vital to how the union is run. NEC members are ordinary members who work in the public services and, like your stewards or branch officers, give of their time to represent you.

If individual members have not received a paper by 11 April then they should contact the ballot helpline operated by UNISONdirect on the following telephone number: 0800 0 857 857.

Members should try to have their membership number to hand when telephoning.