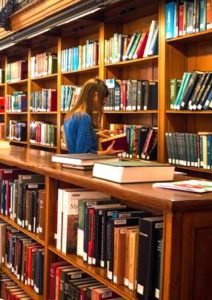 The Evening News has covered UNISON’s deputation to the council’s finance committee on 14 February, urging councillors to ditch ‘Open Libraries’ plans which they had previously rejected. (read the full story here)

David Harrold, UNISON service conditions convener, said the union had been pleased when previous plans were “kicked into touch”. He said: “The reality is there is no change in the package put forward, no evidence provided that staff or service-users’ safety would be guaranteed, no quick response to emergency situations or improper use of facilities, anti-social behaviour, fire or flood evacuations.”

When the council first floated the scheme three years ago, UNISON contacted councils, staff and fellow UNISON branches where the plan had been operated. David said: “It came back there were serious problems with anti-social behaviour, theft, vandalism – effectively libraries becoming unsafe premises.

“There are also serious question marks in relation to equality issues particularly women by themselves or unattended children. What services will there be for elderly and disabled or people with learning difficulties where there are no staff in the building?

“Libraries cannot function without a proper, dedicated professional staff and that has been the experience of staff down south.”

Gerry Stovin, UNISON assistant branch secretary, added: “Open Libraries, in our opinion, are an absolute nightmare. We’ve highlighted this for years and we will continue to lobby against this proposal.”