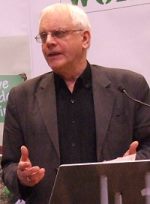 Last year, and the year before, we came here saying ‘Our City’s Not For Sale’.

Then it was an aspiration, now it’s a reality. We won. You won. But most of all we won together.

And the council administration has paid its price at the polls.

Yes, they went on trying to privatise by the back door but we won the big battle.

It’s great for us to celebrate our victory today. It’s even better following the victory in Aberdeen a few weeks ago.

It’s great to see our colleagues in Southampton throw out the Tory council that was cutting their jobs, pay, conditions and services.

Matthew Crighton told our AGM back in February that in all his years in the trade union, it’s the first time he’d ever won something!

Maybe a wee bit unfair but it’s hard to overestimate the importance of seeing off this privatisation in Edinburgh.

The sheer scale of what was planned would have seen Edinburgh’s infrastructure sold off in contracts running through not just this election but the next one too.

Condemning future councillors to precious little influence over services no matter who was elected. No-one tried to hide the fact that it was a Trojan Horse for privatisations across Scottish local government.

No matter how they dressed this up – it was a straight sell-off pretending to be efficiency.

The truth was they threw millions at the private bid process and only a fraction of that on the in-house options.

They ignored the fact that some companies had been fined for rigging public sector contracts. We exposed that.

Some had failed to reveal they’d been prosecuted for fatal workplace accidents. We exposed that.

None of the comparators they had cited had made any real savings. We exposed that.

We exposed that the council said bidders didn’t need to apply the Local Government Pension Scheme to new starts.

Thanks to our activists, our fellow unions and to the communities who rose up to back us, we saw this threat off.

And after yesterday’s election results we have a message for councillors.

We are still here.

We thank the Labour Group for their support throughout and we celebrate your success with you.

And our message to whatever structure takes over the leadership of the council is that things have to change.

It has to be a radical, democratic change.

A change that genuinely involves users and staff directly in service design.

A change that brings real improvement – not the failed dogma of privatisation and outsourcing.

And a message to all our councillors.

You are not elected to manage local authorities – our members do that. You are elected as custodians of Edinburgh’s services.

If you just shrug your shoulders and say there is nothing you can do – then we are entitled to ask precisely what councillors are for.

Councillors should not be passive administrators of cuts decided at Westminster or Holyrood but champions of their areas, their authorities and the services we rely on.

They should be in the forefront of making ‘austerity’ unworkable – campaigning to protect services with those who use them and those who deliver them.

We’ll be asking them to do just that.

But they can’t do it alone. We as workers and service users need to work together to resist the cuts. To stand up for our public services, our welfare state, our years of struggle for fairness, equality and justice.

Recession is not an accident. It is not unavoidable. It is created by the politics of greed.

We told them austerity wouldn’t work. And we’ve been proven right.

We told them there would be a double dip recession and we’ve been proven right.

We told them cutting public service jobs wouldn’t just slash essential services, it would cut private sector jobs too – and we’ve been proven right on that too.

So far, the trade unions have been a lonely voice putting across that message. Speaking up not just for our members but for people everywhere paying the price of poverty in work and poverty in unemployment while the super-rich keep coining it in without paying their share.

But now communities have joined us. Even some mainstream politicians have joined us. People are waking up to the fact that there is an alternative. An alternative that invests in services, that taxes fairly, that uses the wealth we undoubtedly have for the many, not the few.

And just when we think we’re hitting a brick wall, let’s remind ourselves….

We won in the privatisation fight in Edinburgh

We won in Aberdeen

We’ve turned the tide in Southampton

We’re fighting on in Barnet and councils across the country

We’ve got a taste of victory and its tastes good.

Let’s do it again!